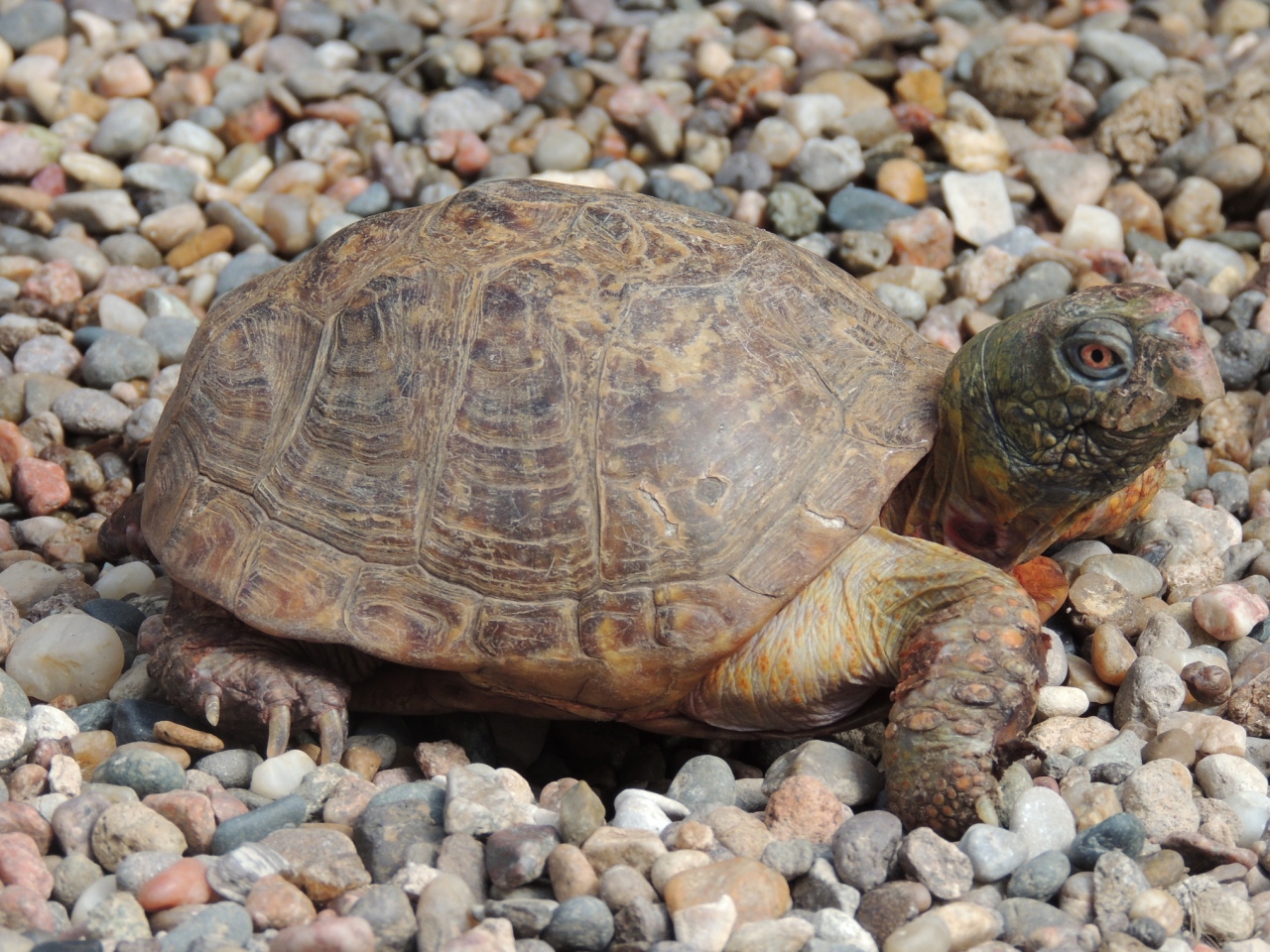 As mentioned in the previous post, I was made aware of somebody rescuing a desert box turtle that wandered into their front yard. This person sought out a friend who already had a turtle thinking she would be the best candidate to look after it. After her friend took the turtle home with her, she ignorantly placed it with the turtle she had and as a result of fighting with one another the “rescued” newcomer became seriously injured. When I was made aware of this unfortunate turtle and injury, all I could feel was frustration and an urgency to do all that can be done heal the individual and return it to it’s home before the temperatures drop any more. It is mid October, which is the worst time to find a wandering box turtle and to remove it from it’s home because they will soon be preparing for brumation (a form of hibernation in ectotherms such as reptiles).

If you find a wild turtle in the wild leave them alone! They do not want to be a pet! It is not their nature. Help them along if necessary but that is the only form of intervention that should ever take place. For example, if you find a turtle crossing a road and heading for a wild area, simply help them cross it, in the direction that they are heading. Do not take them home with you. In some states, taking a turtle from the wild is even illegal.

The issue of keeping turtle’s safe, becomes extremely complicated as we continue to develop on wild lands. Many turtles are becoming misplaced, disoriented or killed due to the ever increasing human activity. Turtles still rely on the rhythms of the sun and the moon, seasons and landmarks and have incredible map and compass-sense. Whereas we humans rely much more on work schedules and freeway systems to get to where we are going. Two very opposing and conflicting ways of life. Studies on the effects of the relocation of box turtles shows sadly, that relocation efforts usually end in death; be it by car, lack of knowledge of water sources and food sources in unfamiliar territory, conflicts with other turtles such as fighting or disease. Human-related activity has caused a sharp decline in wild box turtles. We cannot recreate nature and the needs of captive wild species. In order for nature to thrive it must remain un-dominated and in that state it is most nurturing.

In some cases, even life in the wild is very dangerous since land has become so fragmented by roads and housing. There is almost no safe place for turtles who were born in an area that was once natural but has been transformed into a busied human neighborhood or city. This is because turtles have extremely sensitive homing instincts and feel a great need to stay close to or return to their place of birth. This homing instinct cannot be switched off. Once they are removed from their home range the will make every effort to find its way home, even if that takes a lifetime, often resulting in their death. For those pinned and bound to someone’s house or backyard, this can prove extremely stressful for the turtle.

The complexities of this issue seem hopeless, as there is almost no way out. I do not support the removal of turtles, or any other animal for that matter, from their natural habitats unless they are injured or are in immediate danger by unnatural means. Yet, within city limits the answer is not so clear. Upon investigating further, I learned that this poor unfortunate turtle that suffered the injury was found in a very non-turtle friendly area. The area is surrounded by housing, roads and even a railroad, miles all around. The closest natural wild area, nearly six miles away is currently threatened for more development. These situations unfortunately lead to more turtles in wildlife rescues than in the wild.

Exceedingly wildlife are in decline because of humans and as defenders of the natural world we must express these facts and concerns within our communities. Please consider the consequences for removing any animal from its natural habitat. If your state allows the removal of animals from the wild consider contacting your local legislation to shed light on the issue. By protecting the species within their habitats, we make it harder for contractors to build wherever they please since they would be in direct conflict with protected species.

For more information on the issues box turtles face visit these links:

Help Save the Turtles