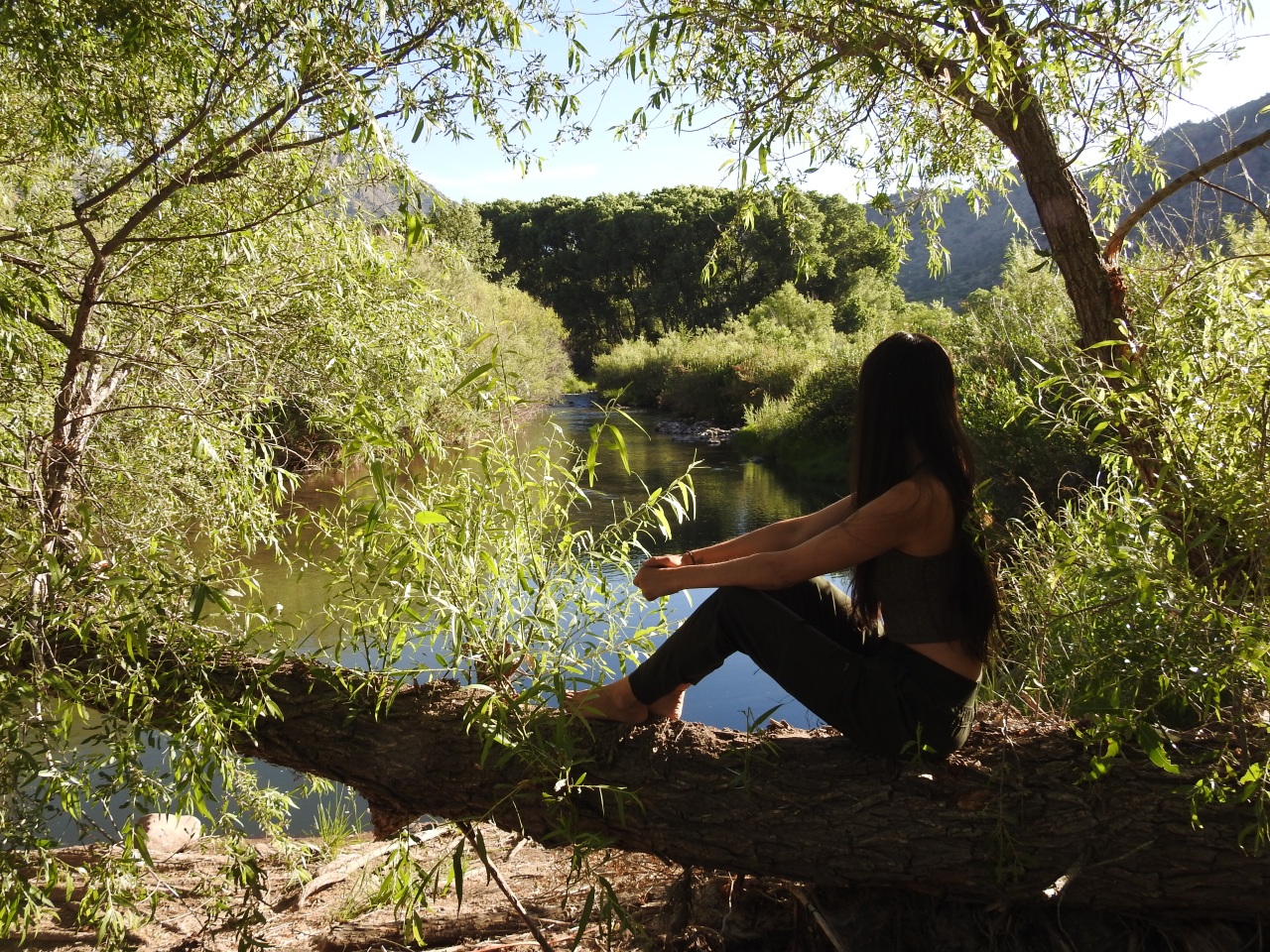 I had to take a hike… I was feeling so shattered.

In just the course of a couple of days I had read about the extinction of Laos’ tigers, an elitist allowed to hunt and kill a rare and endangered Mongolian species; weak charges for a man who kills a Whooping Crane (one of the most endangered birds in the world); “The Great Acceleration”, a phenomena we are now all living and updates of the border wall’s ecological destruction, amongst other on-going depressing news about the natural world.

Firstly, the extinction of the Laos tiger. The Indochinese tiger (Panthera tigris corbetti) was a distinct subspecies of tiger that roamed the country of Laos. It is very likely that the last Laos tiger died a gruesome and horrifically painful death by snare. The evidence points to this as a real possibility due to the history of illegal poaching and trafficking of tiger body parts in the region. And also, by the amount of recovered snares found as evidence. The loss of the Laos tiger struck a cord with me. In MY lifetime, too many of the species I’ve adored as a young child (and still do!) are disappearing. The grayed imagine of a Indochinese tiger in a report stabbed my earth-loving heart. I had wanted to visit Laos for some time. I don’t know why, but it was on my “places to visit” list. And my affinity for large predators didn’t make this any easier.

Argali sheep are a rare species considered a national treasure of Mongolia, yet money driven deals allow exceptions for permitting the hunting of these sheep. I guess money continues to speak more loudly than a call to protect a unique and rare animal. Some “national treasure”. I’m pretty sure many of my readers would know who this elitist is.

Birds are disappearing from North America and there are a multitude reasons. The top cause is the excessive use of pesticides. Outdoor pet/feral cats, noise, light, air and water pollution all contribute to this loss, but there are some ways we lose birds that are purely acts of adding insult to injury. And shooting a Whooping Crane is an example. The shooter, is a Louisiana man who as a result of this act has his hunting license revoked for two years and must perform 120 hours of community service. Some may say this is light punishment. I don’t wish harsh punishment on any one, but I do not wish this kind of tolerance either.

The Great Acceleration is a term which, according to an online source; “refers to the dramatic continual and roughly simultaneous surge in growth rate across a large range of measures of human activity, first recorded in mid-20th century and continuing to this day.” This explains the hockey stick-shaped growth rate that we see in just about every human-driven measure of economic, social and earth systems. From dams, population growth, Gross domestic product (GDP), water usage, paper production to domesticated land use, CO2 and Methane production, ocean acidification and more. This frightening image of exponential growth is the opposite of sustainability.

Those are just a smidgen of saddening news. It doesn’t seem to end…

And please believe me… I do take into consideration the many optimistic triumphs in conservation. It’s just that too often, those too, are being cancelled out by other ongoing human misdoings.

I try not to weave politics into my writing, but for the Earth’s sake it’s becoming harder not to. Living in the southwest I know that desert ecosystems deserve as much attention and regard as any other precious exotic system. I know just how unique life in the desert is and how truly diverse and delicate they are. And to hear updates of more land being cleared and decimated to erect a politically-driven, ludicrous monument of prejudice-ness and inhumanness, makes me shutter. It is a sad, misplaced hatefulness and disregard to what’s truly important. And a dark and sour reminder of what is amidst us in this Homo sapiens-led modern world. And as I’ve said, I know the desert well. Well enough to know how damaging this is even if in some years from now, the wall is dismantled. The ecological damage would have [already] been done. Much of it irreversible. And needless-to-say such a symbol irrevocably changes our country’s relationship with itself, other countries and to each other. If we can’t tolerate even our own kind [each other], then surely there will be no room to consider the natural world and the non-human life with which we share this world.

When I try to describe my despair in these facts, the explanation is never enough to portray its depth (of sadness). And perhaps, to anyone who might lend an ear, it is heard as childish, ungrateful, unfounded. After all it isn’t political or at all aligned with the majority of societal values or concerns.  No. It isn’t shallow enough. Which brings me yet, to even more despair. To know that I live a beautiful world made up of indifferent and uninterested rulers and conquerers of all things wild and beautiful. I live in a would that chooses everyday to focus more centrally on economy rather than ecology. On the one hand, economy, based on imaginary values commonly and erroneously agreed upon; and the other, ecology, simply invaluable; priceless.

It is a world in which every thing you can possibly imagine can be monetized, even death. Except of course, conservation and sustainability. But everything that makes up our wild-land and natural heritage is being monetized in some way. And we tolerate this. Most of us even support it.

This state of despair bleeds even into my dreams of motherhood. Of being able to bear into this world in the most natural way possible life; this ‘thing’ we take for granted across a world of species. That dream too has been trammeled upon. My wish have a have a child who would learn, through me, to cherish the living world just as I do. And to be and to be taught the cycles of living and dying, the most impressive regenerative cycles of nature, and to appreciate and respect this living earth. That too is threatened because that living earth that I love so very much is being killed every day.

The despair is like watching a beloved home, in which memories were made and in which the future holds many possibilities, be torn apart piece by piece by a most ravaging storm. The despair is real and deep.

Places I had dreamt of visiting, those wild and beautiful places, today, are no longer wild. Either they are changed beyond recognition or simply do not exist anymore. Because of modern reality I have given up on most of the places I had wished to visit someday, for fear of being disappointed upon arrival of destruction and lifelessness. Among that list of places, were several snow capped and glaciated mountain ranges. Many of which no long bear their gloriously white shrouds of snow that they’ve worn for ten’s of thousands of years. Even some glaciers, that within just my lifetime once existed have gone extinct. Never to be experienced again in many lifetimes to come, if at all again by humans.

I will not visit many of these places now, not because I wouldn’t love to, but because I live in North America and do not wish to fly there to fulfill shattered dreams of witnessing unexploited places, all the while directly harming them by the jet that flew me there. On my table right now is a bracelet a friend gave me, it says “DO NO HARM”. And that is precisely why I have given up on those dreams. For the sake of not doing any more harm to the earth in this way. At least this I can control. 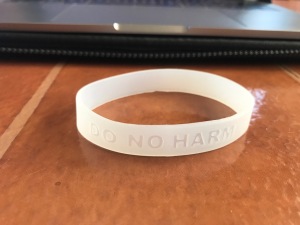 By the way, I took a hike… I don’t feel much better. 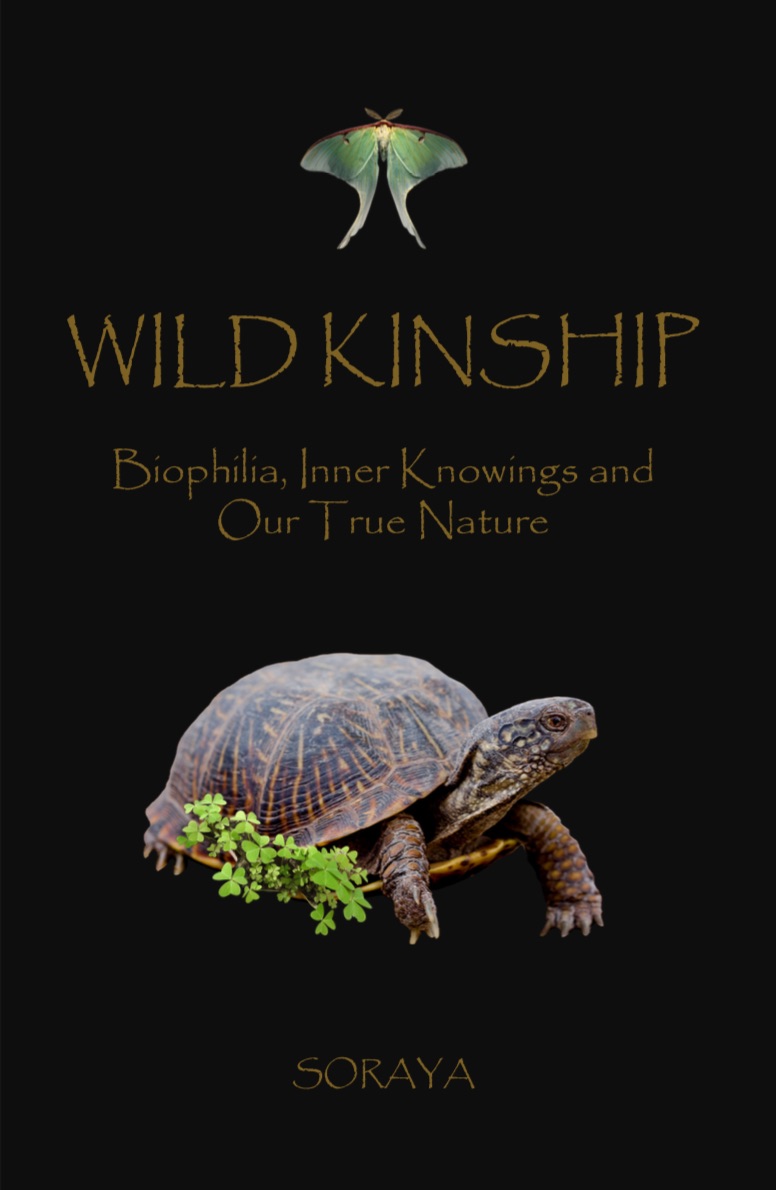