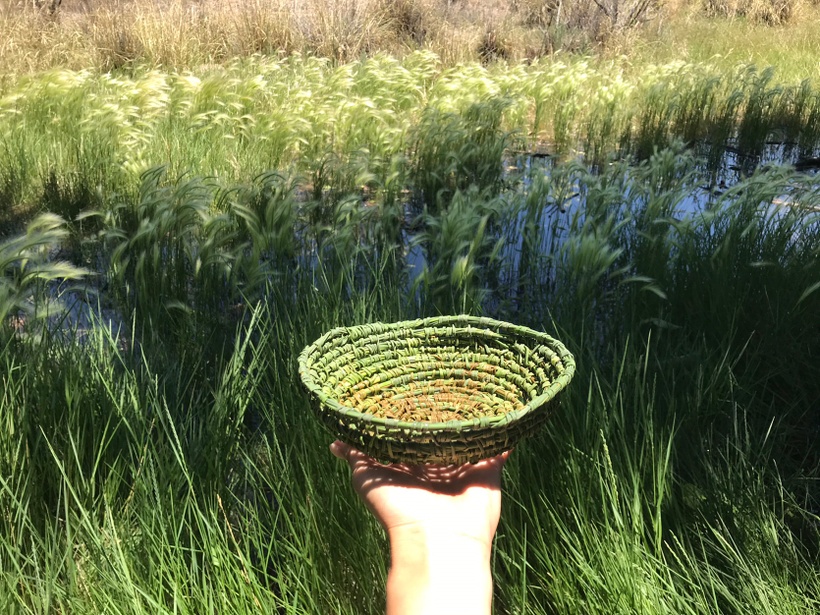 We were visiting a friend recently when I witnessed something that would radically change the landscape to a place I love. While visiting, we sat in the backyard patio where we were blessed with stunning mountain views, mountains full of wilderness near and dear to my soul. I watched as a storm began rolling in over the wilderness. The skies swirling with wind grew darker and darker. In the heart of the storm I saw three lightning strikes. Being hyperaware of how dry the conditions have been during this unfortunate drought, I thought aloud “That’s not what we need right now…” The storm formed rather quickly and by the looks of it, was going to soon blow over. Without a production of rain I worried about the consequences that might follow.

The next morning, I couldn’t shake the thought. Checking the active fire reports I was deeply disheartened to see that the lightning had indeed caused a wildfire. Over the course of the last month I’ve been following that fire, which has consumed now more than 65,000 acres of wilderness. A place I deeply cherish. And while I understand completely the ecological role of natural fires, I couldn’t help but think of all the things that have contributed to the now drier conditions of our forests, and world. In the civilized world we have grown accustomed to creating a drier and hotter conditions in just about every thing we do: We increase the heat index with sprawling urbanization, overuse, abuse and misuse of water from our rivers and lakes, over consuming more of everything, emission output and mis-regulation of those emissions, replacing native plants in our yards with landscaping rock and more.

As I followed the fire’s day by day route and rate of growth on the map, my heart sank as many special places had been consumed with many more in it’s path. I’ve since settled more into a place of acceptance but still my heart ached in knowing the wild place that I loved most was burning. Knowing, with conviction in my heart the Earth’s ability to heal with or without our help, was the only thing which kept my spirits from sinking further. Nature is always on a journey towards greater balance and this fire was now a part of that journey.

I think of other burned areas I have backpacked recently, recalling all the signs of recovery. Recovery from wildfires is a slow, very slow, process by which only time dictates. While baby ponderosa arise from the ashes to begin their new life journeys, they find they are often surrounded by prickly raspberry and gooseberry shrubs. While risks of erosion, landslides and arduous hiking keep people out of these newly burned areas, newly established berries invite bears and other foraging wildlife back into these recovering zones whereby the wildlife take part in the process of recovery by giving back nutrients necessary for soil regeneration in a reciprocal dance of give and take. A dance by which humans are very often out of sync.

Fires are indeed becoming more intense and more frequent, yet the Earth is quite familiar with the element of fire and relies on it for rejuvenation. I have to believe this is part of the greatest regenerative process on earth, or my heart grow even more with ache. Interestingly, I often think that fires during this time are not only appropriate but necessary, since our lands have suffered so much at the hand of human misdoings, our earth is ready for renewal. Like the turning of the compost, the Earth churns up her soils by setting them ablaze, making things hotter in the priming of new earth.

When the fire runs free of fuel or is extinguished by rains, the process of renewal will be well on its way, and someday… when I visit those mountains again I will witness what Nature had in mind for her journey towards equilibrium.

Yesterday afternoon, I closed my eyes for a short mediation and thought I had sensed rain. Walking outside I was delighted to see dark clouds beginning to form over the mountains to the North. I thanked them for their presence. The blistering hot day became subdued as the skies darkened with more clouds. Distance rumbling and the smell of rain teased my heart. After a while it began to rain. Just a sprinkling at first then a decent drizzle. Then the rains soon slowed to a halt with clouds dissipating towards the south. It wasn’t much, but it was something.

I have spent the last few day acknowledging the arrival of new beginnings. In winding down from the process of writing my book, I found a new world opening up to me. Just as I know it will do again, and again in my lifetime.

A few days ago, my dog and I went to our special little place under the cottonwoods where I began plucking rush for a coil-weaved basket. With my book now complete, I found new freedom for creation. The setting was just right for the moment. With abundant rush growing nearby and sufficient shade beneath elderly cottonwoods, I began anew.

As I weave I mused at the tall squirrel tail grasses swaying around me. Not feeling hurried or anxious to get back to writing, I took my time feeling immersed in the singing surroundings. The birds too, took joy in being in this small oasis. Despite the unfortunate drought and wildfires, spaces like these secretly hold onto water and are places mostly only the animals know of.

The abundant Baltic rush I am weaving with is a stunning deep green wetland plant. It’s hardness is perfect for soil stability and weaving. Though it was my first time using this plant I was impressed by its hardiness in being coiled. After a couple of hours we headed home to take a break and returned to the green space to continue weaving after dinner. Through the trees and grasses I could see three white tailed deer bouncing away. Later another deer stealthily snuck its way into the thick grasses and all I could see was his head. After seeing us there, he bolted back into the thick understory.

We left just before sunset where a large owl swooped into a tree to watch us as we were leaving.

This morning after making sure the editor I was so fortunately connected with by a dear friend was still a reality, I returned to the green space to finish the basket. I was a fitting new project which honored the sentiments of my book perfectly: ceasing the opportunity to connect with the abundant living world around us.

So, I am happy to announce that my book is now complete. As you may know, writing a book is quite the arduous task, and process. But here I am, free to embody those written words.

While my editor works with me in getting polished for publishing, new beginnings will continue to unfold — I await them all.

Hoping sooner than later, you will be able to read my latest and most personal creation.